Manitoba Canola Growers hold an election every two years seeking members to stand for the board of directors.  Four positions were up for election in 2019, each holding a four-year term.

At the closing date of October 31, 2019 there were three nomination forms submitted which have been accepted by Returning Officer, Rejean Vermette from Avenue 4 Communications.

The following three farmers have been re-elected to the board: 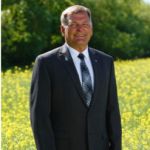 Jack is a fourth generation Canadian Farmer, growing grains, oilseeds, and special crops at Winkler.  Returning for a third term Jack brings considerable experience in many aspects of agriculture, including insight in areas of policy, trade, market development, market access, food safety, traceability, environmental concerns and social licence. Jack’s vision and big picture thinking approach to matters, in a collaborative teamwork effort, will continue to be an asset to the board. 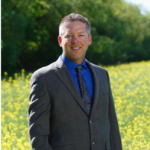 After graduating from the University of Manitoba with a Diploma in Agriculture, Clayton started farming in the R.M. of St Clements, Springfield and Rosser, all close to Winnipeg growing canola, soybeans, forage grass seed and cereals. Returning for a third term, Clayton is a strong supporter of Manitoba specific research priorities that benefit farmers first.  Clayton brings a broad understanding of the canola industry to the table and will continue to be a strong voice for Manitoba farmers. 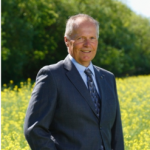 With a degree in agriculture engineering, Bill farms with his family in the Shoal Lake area producing canola, cereals and pulses.  For his second term on the board Bill brings a wealth of experience in governance, finance, policy and communications.  Bill’s conviction to always put farmers’ interests first and work collectively to increase farmers’ leverage in the canola value chain will continue to serve Manitoba farmers well.

The fourth board position will be taken under advisement of the board of directors who will consider the options to fill the vacant seat.

Directors will start their term and a reorganizational meeting will be held to elect a new executive following Manitoba Canola Growers Annual Meeting February 13, 2020.