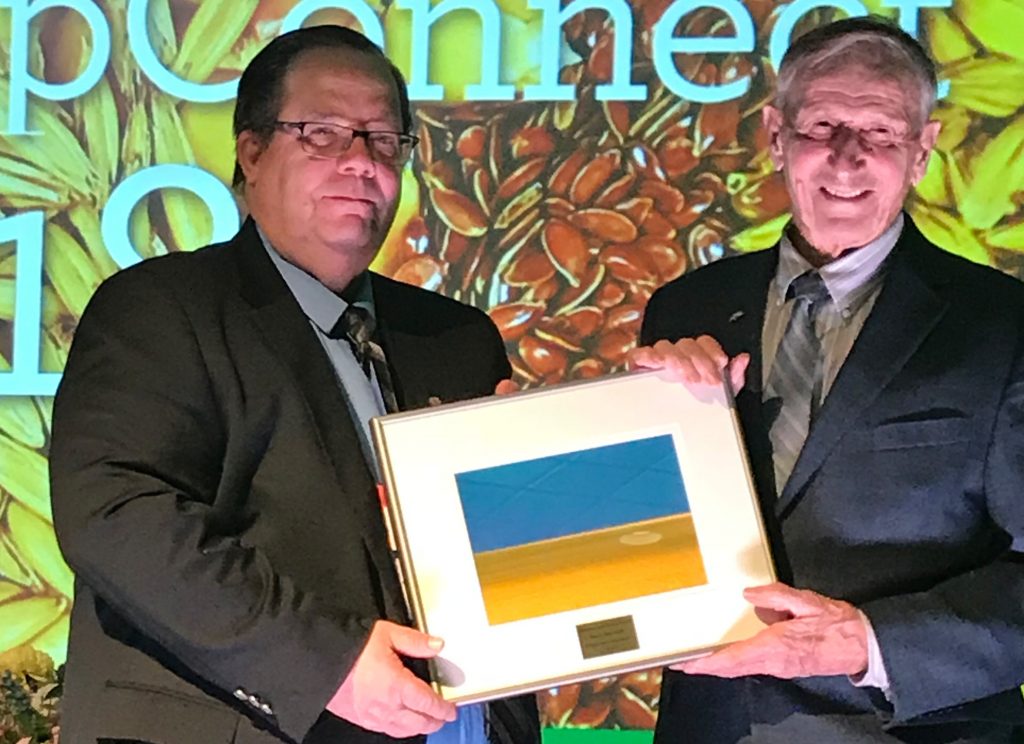 The meteoric rise of canola all started on a handful of plots in Western Canada with growers like Murray McConnell, recipient of the 2018 Canola Award of Excellence from the Manitoba Canola Growers Association (MCGA).

McConnell farms near Teulon, Manitoba, only about 40 kilometres from where Baldur Stefansson, one of the fathers of modern canola, lived. The McConnell family had been in the seed business since 1938, so it was natural for Stefansson to reach out with his new project in the late 1970s.

“We received canola breeder seed from Stefansson to grow in a seed plot,” says McConnell, 85. “I still have the letter he had sent with the seed and for that reason, I believe that we were one of the earliest seed producers to grow it.”

While McConnell doesn’t recall exactly how that first crop fared, he does remember the amount of work that went into the project.

We were doing a lot of field testing at that point and I can’t forget the amount of roguing that was required,” he said. “At one point, the Department of Agriculture sent out a dozen people who were learning to be inspectors. They rogued and rogued and I don’t think those boys ever worked harder!

McConnell continues to farm just under 800 acres in a rotation of canola and wheat. But the McConnell family’s agricultural roots reach back more than a century. McConnell said it’s sometimes overwhelming to think about the changes in farming during his lifetime.