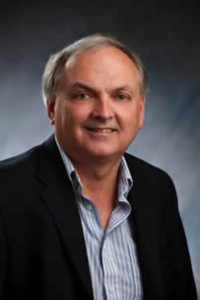 His name is a familiar one in the canola world and now it will grace this year’s Canola Award of Excellence presented by the Manitoba Canola Growers Association during the banquet on Tuesday February 18 at Crop Connect in Winnipeg.

Dr. Dave Hickling is being recognized for his work with canola meal. “You’ve heard of that one litre more per cow per day thing? Ya, I came up with that,” says Hickling with a little more than a touch of humility in his voice.

Hickling is of course referring to his extensive research on canola meal as a feed nutrient, particularly when it comes to its benefits in the dairy industry. After decades of combined studies, the results confirm that including canola meal in a mixed ration for dairy cattle will in fact increase yields significantly over using another protein source.

As canola production around the world increases, Hickling is excited to continue being part of a community that’s working to increase the value of canola meal (at least 55 per cent of canola seed is meal). His career began as a nutritionist with Cargill in Brandon, Manitoba. He then went on to the Canadian International Grains Institute. He’s conducted trails in China and Mexico during the course of his career. He joined the Canola Council of Canada in 2002 and recently retired.

“I’m so lucky to be part of this industry,” he said. “I’ve had the opportunity to work on different species, work with processors, learn about what motivates customers. I’ve taken a very practical approach with this career, not an academic one. The Canola Council gave me a great opportunity to understand the big picture on canola meal. I feel most fortunate about that.”

The Manitoba Canola Growers Association presents the Canola Award of Excellence annually to a person or group who has contributed to the sustained growth and prosperity of the industry. The first award, presented in 2008, was given to Dr. Baldur Stefansson, also known as the Father of Canola.