When the news hit mainstream media about a shipment of canola seeds being banned from China, the Canola Eat Well community of ambassadors reached out to express their concerns for canola farmers. Canola Eat Well Director Ellen Pruden said staff received emails, texts and messages from their chefs, dietitians and food writers asking what they could do for the canola farmers.

A plan quickly came together about how Canola Eat Well could engage their ambassadors to share stories reminding Canadian consumers that canola oil is quality and how they can support canola farmers by choosing canola oil. Notice in the stories and initiatives below the main message is not about the trade disruption or concerns of the quality of canola oil, but the Canola Eat Well ambassadors share their personal reasons why they use canola oil. 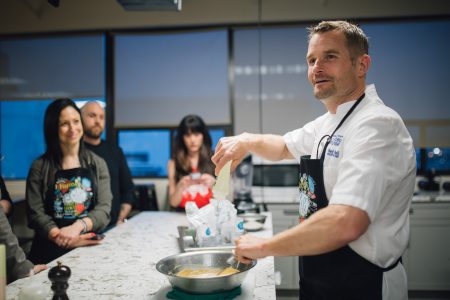 Ned Bell, executive chef at Vancouver Aquarium, talked to Global News Vancouver twice with his message of support for Canadian farmers and spoke to the impact China has on his city labour force. He shared with consumers the importance of buying Canadian ingredients like canola oil, the significant role canola plays in our food system and celebrates the Canadian farmer with a locally created recipe. Watch the video here.

Saskatoon restaurateur Dale MacKay talked to CBC about supporting Canadian farmers by buying local. In his restaurants he ditched olive oil and butter years ago in favour of canola oil. In light of the recent trade dispute with China, MacKay said it’s time for more casual cooks to buy local. Watch the video here.

Libby Roach talks about why she chooses canola oil 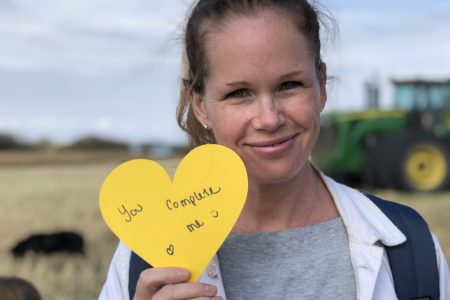 In her article, Roach shares with her consumer audience the impact the China disruption has not only on canola farmers, but how it affects the whole Canadian population. She ends her article stating “Safe high-quality canola is a product you can count on. It is versatile, affordable and distinctly homegrown. If you’re a proud Canadian like me, put your money where your mouth is, and take the pledge to make it canola.” Read more about why Roach chooses canola oil here. 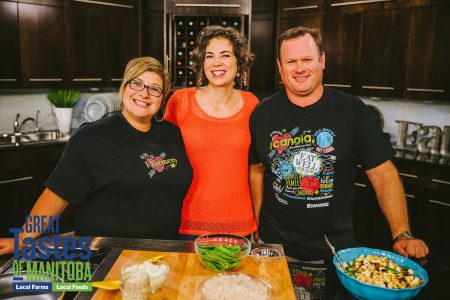 Great Tastes of Manitoba is a long-standing collaboration between commodity groups and the Manitoba Government. It’s more than just a cooking show, it is about building public trust and connecting consumers to great, quality ingredients proudly grown by local farmers.

Over the years, Ellen Pruden, Canola Eat Well Director, has shared the stage with farmers and special guests. In the 2016-2017 season, farmer Curtis McRae cooked with Ellen Pruden and host Dez Daniels as Canada celebrated its 150th anniversary. Curtis talked about how he grows a quality product for consumers in Manitoba, in Canada and around the world and made a barley salad which featured canola oil.

Canola Eat Well asked three chefs, two restaurateurs, a dietitian and a cook book author what they would say to a canola farmer. They all came out with genuine messages of gratitude for growing safe, healthy food for them and their families. Watch the video here.