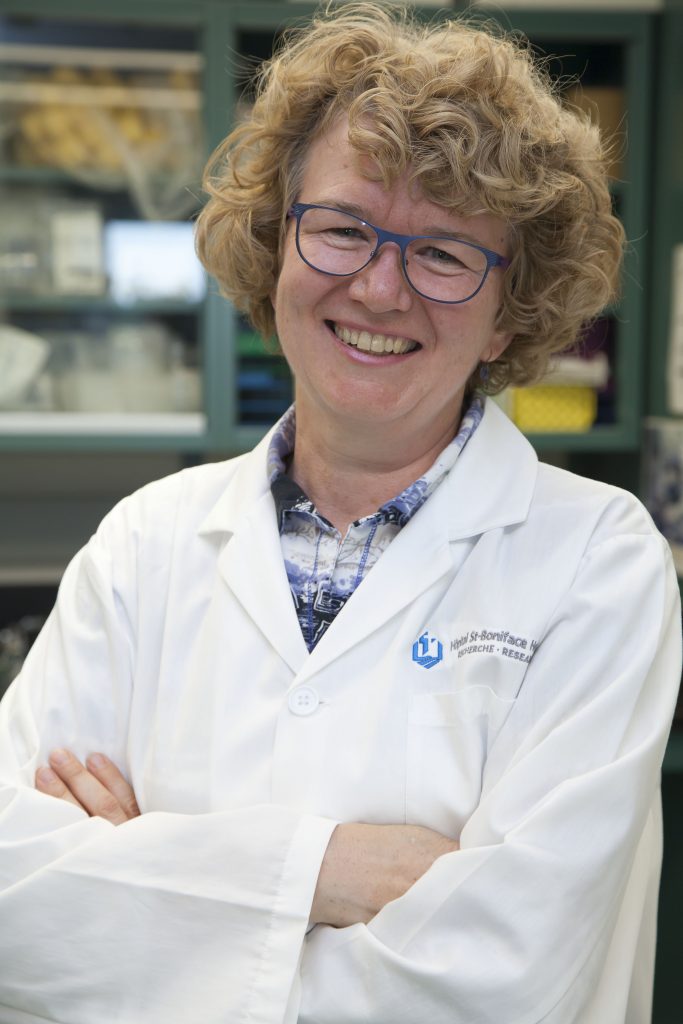 The Manitoba Canola Growers Association has awarded Dr. Carla Taylor with the 2017 Canola Award of Excellence for her contributions to the canola industry. Dr. Taylor, and her collaborator Dr. Peter Zahradka and their team of trainees and staff at the Canadian Centre for Agri-food Research in Health and Medicine, have been researching the health benefits of canola oil for more than a decade.

Dr. Taylor grew up on a family farm near Oak Lake, Manitoba and from an early age, showed an interest in the connection between the foods we grow and our health. She began her education in foods and nutrition at the University of Manitoba where she learned from Drs. Bruce McDonald and Vivian Bruce – researchers who are internationally recognized for their research on the nutritional properties of canola oil. Next, she pursued her PhD at the University of Guelph. Subsequent to that she studied at the University of Michigan and the University of Washington.

“When I was looking for employment there happened to be an open position at the University of Manitoba. It wasn’t until I got back here and developed my own research program that my work evolved into studying canola oil. It’s kind of neat that I’ve come back to work in the same department where I learnt from some of the pioneers of canola oil research in my early years of education,” said Taylor.

Dr. Taylor alongside Dr. Zahradka and their team have been working on the connections between obesity, cardiovascular health, and diabetes, and the food we produce, like canola oil.

Their research with canola oil looks at what can be done from a nutrition standpoint at the early stages of diseases (metabolic syndrome) to help prevent cardiovascular disease or diabetes from developing further. They have been able to show diet can make a difference.

One of their recent studies was a comparison of providing foods made with canola oil versus those prepared with a mixture of other fats and oils. They found those consuming the canola oil study foods had a reduction in total cholesterol after both the 6 and 12 week check ins. They also found that the reduction in total cholesterol was greater in participants with healthier blood vessel function (or less stiffness).

Aside from research, Dr. Taylor lectures a third-year class on macronutrients (carbohydrates, fats and proteins) and the major chronic diseases (diabetes, cardiovascular disease and some of the gastrointestinal diseases). Her lectures flow from her research and understanding of how our foods are being metabolized in the body.

The Manitoba Canola Growers are proud to recognize Dr. Taylor for her contributions to the canola industry through her extensive research with canola oil and its connection to our health and nutrition.